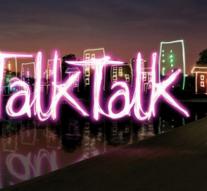 - A fifteen year old boy is Monday in Northern Ireland arrested in connection with the cyber attack on the British provider TalkTalk. At the October 21 attack could possibly data of four million customers were stolen. Friday is for the company to ransom in exchange for the stolen data.

The hacked provider assumes that the hackers can not steal money from customers. Police announced on Monday that a young suspect from the Northern Ireland Antrim interrogated about computer hacking.