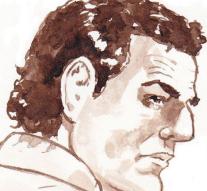 rotterdam - Two Antillean men from Vlaardingen and Rotterdam are again fixed in connection with the case Anis B. The duo would have provided ammunition as possible to B. together with Reda Kriket wanted to commit an attack in France. The Prosecution claims to have enough evidence to take the two into custody.

Earlier Antillean men had to be released because of insufficient evidence against them. Although their fingerprints were found on the bag with ammunition, but that was not enough to hold them longer. A third Antillean remained stuck.

In the case firmly against the now extradited to France Anis B. sit two men. These Algerians were arrested in the same weekend as B, but deny any involvement in terrorism. Antillean men will not be extradited to France. It is according to a spokesman for the National Office for a purely Dutch case.