Home / World / 'Armed intruder' at complex Gülen in the US 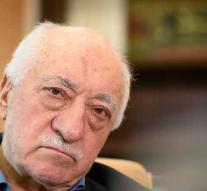 saylorsburg - The American police were ousted after a report of a suspected intruder was reported at the complex of the Turkish cleric Fethullah Gülen. He fled after a security guard had fired a warning shot, said a Gülen spokesman.

Images show that several police cars are parked at the complex of Gülen, who lives in exile in Pennsylvania. The spiritual spokesperson said that the intruder was probably armed. The police, who left after about two hours, according to local media only wanted to report that there was an incident at the complex in Saylorsburg.

The Turkish government holds Gülen responsible for the failed coup in 2016 and wants its extradition. The US authorities have, for the time being, refused to cooperate. The clergyman says nothing to do with the coup attempt.