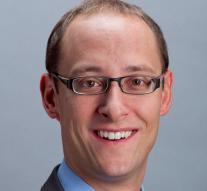 - "The prestigious Swiss technical university ETH (Eidgenössische Technische Hochschule) in Zurich will no longer spent money on the fourth national language, Romansh. The government of the eastern canton of Graubünden, where the language is spoken, is furious and the Romansh community fears the beginning of the end, Swiss media reported Thursday."

"ETH is a state university, stating that they still need to cut more and should focus on core tasks. The annual contribution of more than 90 000 at the Faculty of Romansh in Zurich is not included."