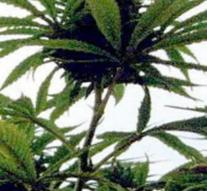 - A big drug bust in Argentina. In a suburb of capital Buenos Aires agents have intercepted 12 tons of marijuana. The drugs were in a tanker, Argentine media reported Friday. Four people were arrested. The street value is estimated to be converted nearly seven million euros.

According to the governor of the province of Buenos Aires in Argentina was never much marijuana intercepted once. The drugs were smuggled from Paraguay.