Home / World / Arena was once a sports palace 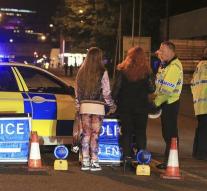 manchester - The Manchester Arena, where a fatal blast took place on Monday night, was built in the mid-1990s as a sports hall. Over the years, the function of the complex, with a capacity of 23,000 spectators, changed the way concerts are held today.

The arena is a remnant of a stretched attempt by the city of Manchester to enter the 2000 Summer Olympics. However, the complex opened in July 1995, especially for the practice of American sports, was used during the 2002 Commonwealth Games. The arena was home to two local ice hockey teams and a basketball team for several years.

However, since 2004, sporting matches such as boxing and soccer matches have only been held on an occasional basis. Since then, the building has made a name as a concert hall. There were several big-name artists, such as Whitney Houston, Pinks, Duran Duran and Rihanna. Kylie Minogue takes a separate place in the line. She gave thirty concerts a total of about 400,000 visitors to attract the arena.