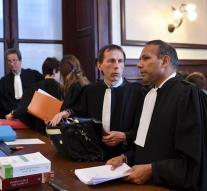 brussels - Eight princes of a noble family from the United Arab Emirates do not have to go to the Belgian prison. The Public Prosecutor had demanded cell punishment for a year and a half because of the slavery-like manner in which they treated their staff, but the court in Brussels imposed their condolences on Friday for fifteen months.

However, they must pay 1.3 million euro compensation, half of which are conditional. They were convicted of trafficking and man-made treatment, according to Belgian media.

The princess stayed in the Conrad hotel in Brussels for a number of months and expelled more than twenty female staff members. Non-European staff had to get ready for 100 to 150 euros a month day and night. Their sleep was the floor and their passports would be taken. Some Belgian and French maids received better treatment, according to the court.