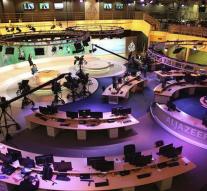 dubai - Qatar has to close the al-Jazeera media-based media organization. Also, the treacherous oil state must put its diplomatic relations with Iran in a lower pit and close a Turkish air force base in the country. That demands four Arab countries on Friday, Qatar, which they have engaged in the biggest conflict in the Gulf region for years.

The list of a total of thirteen requirements was transferred by Kuwait, which mediates in the conflict. Qatar has ten days to comply with the requirements.