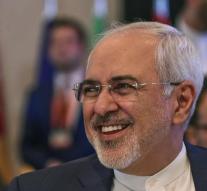 The Iranian Foreign Minister Mohammad Javad Zarif told the ISNA news agency that the visits could take place after the Hadj pilgrimage was terminated in the first week of September.

The relations between Iran and Saudi Arabia are at a low level. Both countries accuse each other of undermining regional security and supporting opposing parties in conflicts in Syria, Iraq and Yemen.

Iranian demonstrators stormed in January 2016 the Saudi embassy in Tehran after a prominent Saudi-Shi'ite cleric was executed. Riyadh closed the embassy.