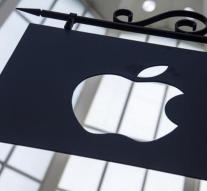 cupertino - Apple uses social media significantly less than the competition, but Instagram has now opened an official account. Apple is going to use the social network to show iPhones users photos and videos to the world.

Apple has been advertising Instagram for a while, but its own account did not have the company yet. According to Mashable, Apple will keep the account separate from the Instagram advertising channel. Anyone shooting photos and videos with an iPhone and using the hashtag #ShotoniPhone is likely to appear on the new Apple account.