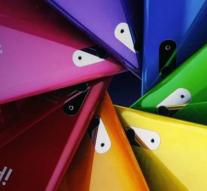 cupertino - It seems that Apple will stop production and sales of iPod Nano and Shuffle, the two smallest models of the famous portable music player. The devices have not been found on Apple's website since Thursday and can no longer be ordered, reports iCulture.

Apple has not yet explained why the iPods have disappeared from the site, but probably the tech giant does not find the music players in the current streaming era anymore. Nano and Shuffle have not been published since 2015, and both devices do not work with Apple Music.

The iPod Touch is still available on Apple's site. This works well with Apple Music and is moreover technically similar to an iPhone 6. The Nano, iPod without Shuffle, and Shuffle both appeared in 2005 in the market.