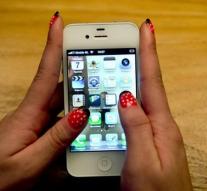 - Apple has paid a record amount in July to the developers of apps in the App Store. This was reported by CEO Tim Cook on Twitter. He did not mention any amount, but said that the developers have earned another $ 50 billion since the launch of the App Store in 2008. This is converted almost 45 billion euros.

It is not clear why such a successful month of July, but it may have to do with Pokemon Go.