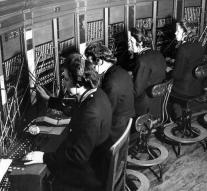 - "It comes in the fast-moving tech world not often that a technique is used as long as the plug invented in 1878 that dangles at the end of each headphone. However, if it is located on Apple, also has beaten the last hour before this plug. In the latest version of the iPhone is not a clear opening for 3.5mm big 'jack', leading to mixed reactions from consumers and experts."

"As might be expected from new smartphones, the iPhone 7 and iPhone 7 Plus are faster and more powerful than previous models. However, Apple has also removed some of the appliances previously was present: the connection for a traditional headphones. Through this gate fully take advantage of the device is space in the device created for other gadgets."

"Although the move is surprising, Apple is in a nutshell. The company was one of the first manufacturers that released a computer without a floppy drive. With the introduction of the MacBook Air was the lack of a DVD drive shocking. And with the launch of the iPad, Apple was almost single-handedly multimedia platform Flash, which until that time was the standard for playing videos on the Internet, the neck because the tablet did not support this. And with all these steps proved in hindsight a leader are: saw other manufacturers that consumer could not care enough to have an impact on sales and therefore followed the same strategy."

"The question is therefore whether the removal of the headphone jack will deliver the same situation. Many consumers respond stunned. Especially people who have invested in a decent headphones, feel put in the cold, according to social media. Apple is trying to meet this group by providing an adapter for the phones so that the old-fashioned headphones can still be used. Also included is a set of earbuds that is compatible with the Lightning port."

"Despite these efforts, there are reasons to be skeptical. \"Wireless is perhaps useful, but Bluetooth is still not a good option for high quality audio,\" Bouwy Sambeek represents the Dutch company JackSavior. Sambeek and his colleagues have for years invested in the development of a stronger version of the famous headphone jack, but iPhone users are so few of meekrijgen there. Bad timing? \"It's that bad. If you look at market share, you can see that Apple is just over twelve percent. This move will cost them, I think customers that they quickly dive below ten percent. \"In other words, there are plenty of other potential customers.\n  \n  \n   advertisement\n   \n   \n  \n   \n    \n    \n   \n   \n   \n      \n    \n    \n   \n     Photo: Dutch Height"

"According to other experts, the soup is not as bad. Tim Wijkman market analyst Telecompaper: \"If you look at the market that Apple controls, you're mostly about people anyway go for the more expensive devices. IPhone owners give two to three times as many accessories as owners of other smartphones. A large part of that group will have a wireless headset or willing to buy one. \""

"In addition, there is not much more to say against the sound quality of wireless headsets, enables audio expert and blogger Sander van der Heide: \"There are many good bluetooth kits for sale. And true audiophiles still using an external cabinet to boost the sound quality, so they will not even notice the difference. \""

"Wijkman thinks messing with gender is not a long-life strategy that Apple is fully committed to a future without the familiar plug. \"If Apple decides to take such a big step, it is permanent. \""

"It is therefore primarily seen whether this step is really going to cost customers. If this is not the case, it is not inconceivable that competitors will follow this track. This 3.5 mm jack for ordinary consumers will soon join the tape, the camcorder and the Discman in the pantheon of forgotten consumer electronics."