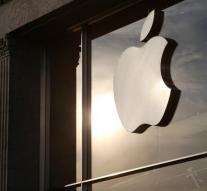 - It seems that Apple already has accidentally leaked what the announcement is willing to do the business on Thursday. A hidden image, which was part of an update of the operating system, is to see a new MacBook Pro with a dedicated display above the keyboard.

The display above the keyboard replaces the function keys, and it looks like it, because it's an OLED screen can be customized to what the user is doing. Think of paying a bill through Apple's payment system Apple Pay. At the same time it is also clear that a physical Escape key is missing.

Further details are not visible on the image, but there are rumors that the MacBook Pro is equipped with the new C-USB connection and is provided with a new generation of processors.