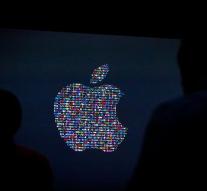 - Apple is on Wednesday, September 7th with a new iPhone. Almost certainly refers to the iPhone 7. Apple has sent invitations today for the presentation in San Francisco.

The new unit is different according to experts not fundamentally different from the iPhone 6. According to strong rumors the iPhone 7 does have an improved camera and a powerful processor. The device comes in two versions: one large and one small. At the meeting in San Francisco Apple Unveils also expected new MacBooks.

Apple has sold more than one million iPhones since 2007. Lately, however, is the sales in the doldrums because of the lack of compelling innovations. Nbsp;