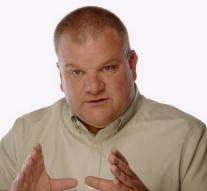 - Apple has appointed his former chief Bob Mansfield to develop a car. That reports The Wall Street Journal reported Monday. Apple does not confirm the appointment.

Mansfield joined Apple in 1999. He is the mastermind behind the MacBook Air laptop, iMac and iPad. In 2012 he received a spot in the Apple board, as senior vice president of technologies. Less than a year later, he had already left the administration, but he remained involved in the business. He went to work on special projects such as the Apple Watch.

The auto giant plans are shrouded in mystery, even Apple does not officially recognize the existence of 'Project Titan'. According to rumors, it should be an electric car. The project was previously headed by Steve Zadesky, the man behind the iPod and the iPhone.


Other Silicon Valley companies such as Google, are developing cars. Tesla has one already on the market.