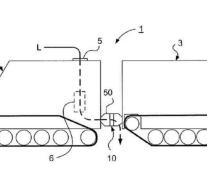 - IPhone maker Apple asks a lot of patents and also get assigned many of them to new technologies. But now the company has been given a very special patent.

It involves a control system for a tank-like vehicle which consists of two parts. The inventors do not themselves work with Apple, but for the Swedish military company BAE Systems Hägglunds AB. However, this has been attributed to Apple.

The question now is what exactly Apple is going with such a technology. The company has made obvious effort to get them in possession, so perhaps the knowledge used in the development of the car where the iPhone maker reportedly been working on for years.


The patent is one of a total of 80 different patents that the company assigned this week.