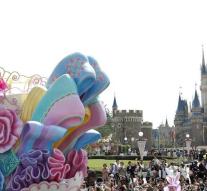 new york (anp) - Tech giant Apple would have considered a bid for Netflix and Disney in a recent past to get a streaming service off the ground.

Sources reported this to business newspaper The Wall Street Journal. Apple has been talking about such a service for years and later on Monday, the company is most likely adding the word.