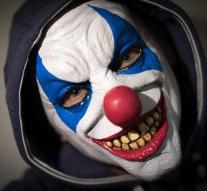 - In the new version of iOS, 10.2 are emoji of including a clown and added a cowboy. Emoji which were announced by the Unicode Consortium, but surfaced Monday in the latest beta version of the mobile operating system from Apple.

The update also includes a new widget for the video app and new settings for the camera and the Home button. There are also three new backgrounds. it will probably take several weeks for 10. 2 is available to everyone.