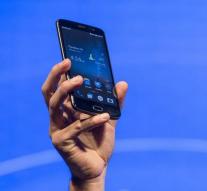 lahore - Women living in the Pakistani province of Punjab, announce it now with the push of a button on their smartphones when they are harassed by men. The regional authorities in early January launched a special app. Once the button is pressed, an alarm message arrives at the police, who can read the location of the victim via GPS. Women who are abused at home by their husbands, can use the app, the police said.

Users can also highlight unsafe sites and toll-free help desk that can give them information about the Pakistani law.

According to the British Thomson-Reuters Foundation Pakistan is among the three dangerous countries in the world for women. They run more likely to be victims of home violence, economic discrimination and acid attacks.

An organization for women is excited about the arrival of the app but does indicate that not everyone has a smartphone. The police would sometimes misbehave themselves against women.