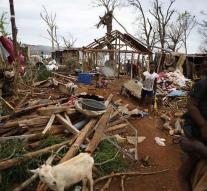 - UN chief Ban Ki-moon has apologized brought to the people of Haiti for the role the UN played in the outbreak of cholera on the island in 2010. UN soldiers from Nepal were the disease to Haiti released until 2010 was of cholera.

The soldiers came to help after the earthquake in that year. Then, 50 000 people sick and deceased more than 9300 people.

The UN can not accept legal responsibility for the outbreak. Last month, the international community 200 million dollars (184 million euros) requested for the victims of the cholera outbreak. David Nabarro, Special Representative of Secretary-General Ban Ki Moon said that this should not be seen as admission of guilt.