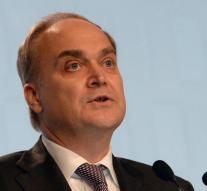 It follows from September 1, as expected, Sergey Kisljak, who was in office for nine years. Antonov is still Deputy Minister of Foreign Affairs. Prior to that he was Deputy Secretary of Defense.