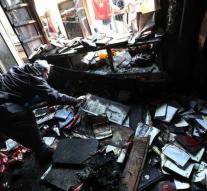 berlin - Turkey wants Germany to do more to prevent attacks on mosques in Germany. Ankara had the German ambassador to show him a protest letter, according to German media Tuesday.

The reason for this is several attacks on Islamic prayer houses in recent days. The background is not clear but may have to do with the Turkish offensive against Kurds in northwestern Syria.

In the eyes of Ankara, Berlin does not do enough to tackle perpetrators and prevent new attacks. The German government should be more sensitive to the subject, according to Turkey.

It is not clear whether the ambassador has been asked to drop by or has been summoned officially. The latter would then be a sharper reprimand.