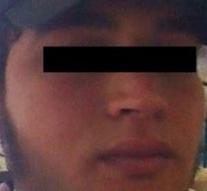 berlin - The suspected perpetrator of the terrorist attack on the Christmas market in Berlin was already on the authorities in their sights. Anis A. was counted as 550 subversive Muslim people in Germany. Despite a deportation order, he was not thrown out of the country.

'It's a very mobile person,' said Ralf Jäger (SPD), the interior minister of North Rhine-Westphalia (NRW). In Cleves heard near the Dutch border, Anis was that he had to leave the country. He even was stuck for some time, because he did not stick to the rules.

'He was under surveillance by the authorities,' says Jäger. So he was known to the German aniterreurautoriteiten. Nevertheless A. could probably commit the attack on the Christmas market at the Breitscheidplatz in Berlin.

Monday German police had arrested a suspect, an asylum seeker from Pakistan. Thereafter, the signal was given 'safe.' A big mistake, as it turns out afterwards. Possibly the culprit got this precious time to go into hiding.

In February 2015 came A., from the Tunisian Tataouine, to Germany. He first lived in the southern Freiburg in Baden-Wurttemberg. Later he moved to Berlin, then to Kleve in NRW, and back to Berlin. A. would have up to eight different identities.

The terror suspect had a hate preacher from Hildesheim contact, which also belongs to the state and dangerous. The Islamist was recently arrested for sedition and recruiting for terrorist Islamic State.\n  \n  \n   advertisement

Since midnight, according to the CDU interior minister, Thomas de Maizière, wanted by any means. ' We do not know if there were a perpetrator or more perpetrators. Also helpers we do not know much, 'Peter Frank gave to the prosecutor's office in Karlsruhe. It is with DNA traces, fingerprints and GPS data searched for the cell phone of the offender.