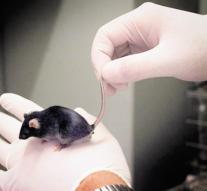 luxembourg - Even cosmetics which have been carried out outside the European Union animal testing may not be marketed in Europe. That the European Court of Justice ruled Wednesday.

The European Federation for Cosmetic Ingredients (EFfCI) was on behalf of three companies to the British court stepped to whether it is an offense to cosmetic ingredients tested on animals outside the EU to sell in the UK. British judges then pushed the issue to the court in Luxembourg.

Testing on animals to ensure the safety of cosmetics are banned in the EU for reasons of animal welfare. If the regulation would be circumvented by the use of results of animal tests or allow non-EU, the objective of the legislation would ' severely compromised '' come, according to the court.