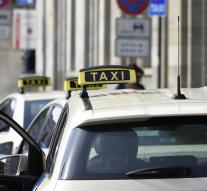 - Dissatisfaction with the fare of 5.40 euros a 21-year-old customer hit the taxi driver around until the man seriously injured sheer forces. The culprit was Thursday before the court in the German city of Limburg for attempted murder.

According to the prosecution the accused had been drinking and was firmly his blood alcohol level between 2.8 and 4.4. The 57-year-old taxi driver remained after a series of punches and kicks to his head and the rest of his body in the street behind with several fractures, a concussion and a series of bruises. The suspect said nothing to learn from the taxi and is only the next morning surprised at his swollen hand.