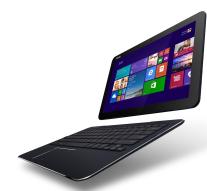 - Asus has in Germany tablets and smartphones from the shelves removed after complaints from Philips, which reported online tech magazine Emerce Tuesday. In Android operating software would be used from version 5.0 technology which Philips has a patent. Other tech companies that use the software would have received a letter from Philips.

It would be a rotating menu in Android. That graphic effect was in the 90 already used in Philips TV software, that at the patent filed. Philips TV branch now falls under a joint venture with the Taiwanese TP Vision.

Google already has a Patch released for Android allows the patent infringement is undone, but not all partners have implemented this update their software. Asus is the reason to temporarily remove the Zenfone and ZenPad off the shelves.