Home / Tech / And drone robot toy of the year 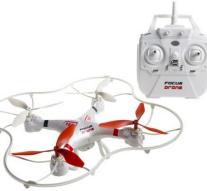 bovenkarspel - A robot and a drone among the winners of the 42nd election Toy of the Year 2015. The awards were Wednesday in six age categories presented at primary school Willibrord in Bovenkarspel.

In the category for ten and eleven year-olds won the Meccanoid G15 KS, a personal robot of 1.22 meters that can put children together with Meccano. They can program the robot itself and govern with a tablet. The robot recognizes voices and personal commands. He can tap both jokes and dancing.

The Focus Drone won in the twelve plus. The drone has a high-definition still and video camera and flies up to 30 meters in height at different speeds for beginners or more experienced pilots.

The family game Farting Hunt won in the category for players of six and seven years.