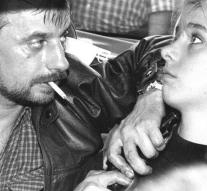 arnsberg - One of the two perpetrators of the rumor Gladbeck hostage in Germany and the Netherlands in 1988 will be released soon. According to German media, 61-year-old Dieter Degowski will be stuck in almost 30 years, released in the coming months. He gets a new identity.

The hostage is one of the most spectacular crimes in German criminal history after World War II. Degowski and his handler Hans-Jürgen Rösner flew in August 1988 after a bank robbery in Gladbeck. They flew with hostages through Germany and also traveled to Oldenzaal in the Netherlands. They shot two hostages dead. A policeman crashed during a chase. Several people were injured.

During the hostage drama, the perpetrators gave noticeably enough interviews to journalists and posed them to photographers. The two were sentenced to life in March 1991. Rösner is still stuck.