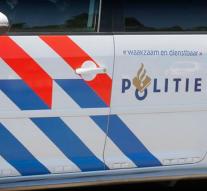 amsterdam - A house in Amsterdam North was closed Friday by Mayor Eberhard van der Laan for a comprehensive drug discovery. In the house earlier this month more than 26 kilograms of cocaine and over 20 kilograms of heroin were found. Also, there were large amounts of money in the house.

The presence of hard drugs can cause, according to the municipality to an unsafe situation for residents, because of possible disturbances and because it can act as a magnet for criminal activity. The property is closed for three months.