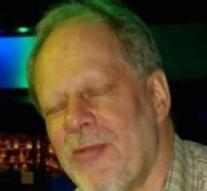 las vegas - A 55-year-old man from Arizona has been indicted for involvement in the massacre that an archer wriggled from his hotel room in the American city of Las Vegas. Douglas Haig manufactured and sold without permit the armor piercing bullets with which Stephen Paddock opened fire on concert goers and killed 58 people in October.

According to the indictment, he has met Paddock several times. Fingerprints from Haig were found on unused bullets that lay in the hotel room. Haig stated previously had nothing to do with the incident, but confessed to selling ammunition to Paddock.

The suspect is on bail and must appear before the court halfway this month. He can get up to five years in prison. Why Paddock, who killed himself, decided to kill the murder is still unknown. He fired more than 1100 bullets. Researchers found about 4,000 pieces of unused ammunition in the hotel room.