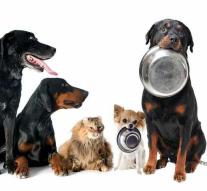 washington - It will soon be forbidden for all Americans to eat dog and cat meat. The Agricultural Committee of the House of Representatives comes with a bill that makes human consumption of these animals punishable.

The new law proposes that the maximum penalty for violation of these rules will be a year in prison. Animal welfare organizations have been working for years for stricter laws against the slaughter of domestic animals for human consumption. It is expected that a majority in the House will vote for the law.