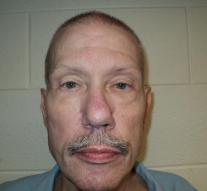 - A US court has acquitted a 60-year-old man who was already 33 innocent behind bars. Keith Allen Harward was convicted of the murder in 1982 by a man in the village Newport News (Virginia) and the rape of his wife.

DNA analysis, however, recently showed that semen was found on the woman was not from him but from a colleague on the navy ship where Harward worked. That fellow is deceased in a prison in Ohio in 2005. He was stuck there because of various offenses.