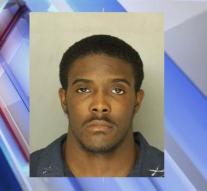 - US police in Pennsylvania arrested a 20-year-old student because he tried to poison his pregnant girlfriend with bleach. The man did not want the child would be born and the woman gave to drink a glass of water with bleach.

When the woman got home, she suffered from a burning sensation in her throat and she alerted the emergency services. The woman pointed to her boyfriend as a suspect. These confessed to the police that he had done bleach in a bottle of water.

The woman and the two-month-old fetus are doing fine. The student is stuck and must be Friday before the judge. The man and woman studying at the University of Millersville, Pennsylvania. 'Disgusted and inexcusable,' a spokesman of the institution calls the action of the 20-year-old.