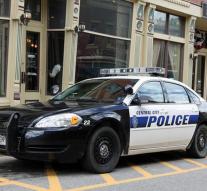 - LAKE ORIONEen man from the United States have to suffer for that he has been bragging on Facebook. He said he had torn through the urban area with more than 200 kilometers per hour to escape the police. '#nojailthisweekend #everyonelovedit' He added proudly stand.

The police saw the status update and overtook the man, the local station WDIV reported. In front of a popular restaurant he had the tires of his motorbike vultures on the tarmac. When a police car stopped beside him, rushed the man. According to police, the man would never have found if he had kept his mouth shut.