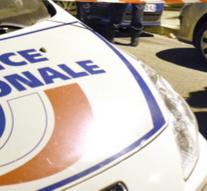 - There is great confusion between the Dutch and French authorities about the identity of a pedophile who was arrested last week in Nice.

The man in his forties is suspected of sexually abusing two young boys and possession of child pornography. Several French media reported yesterday that he is Dutch, which a police spokesman in the southern French town which confirmed to The Associated Press.

A spokesman for the Dutch Foreign Ministry refutes however. He says 100% sure that it is not a Dutchman. Where the suspect would come from is not known.


The man is fixed since Saturday because of 'abuse and sexual aggression towards young people under 15 and possession of child pornography. According to the newspaper Nice Matin, the forties the initials T. S. and he picked up the two boys, brothers of eight and ten years, on the beach near the Promenade des Anglais, which last month hit the truck bomber. The man would have admitted that he bought ice creams for the boys and took them to his apartment.

He had also stated that the boys voluntarily cooperating with the contact. Police have seized thousands of images of young children and investigating whether the man has made more victims, writes the newspaper.