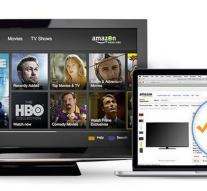 seattle - Amazon brings its Prime video service in December to two hundred new countries, including the Netherlands. That suggests Jeremy Clarkson on Twitter. According to the British television personality is Amazon 'worldwide'.

In a video on the Amazon website confirm Clarkson and his fellow presenters Richard Hammond and James May that their new show The Grand Tour from December to see almost universally is. At the premiere next Friday, the car show currently only available to Amazon Prime subscribers in the United States, the United Kingdom, Japan and Germany.

It is not clear whether Amazon Prime is fully available in the Netherlands. the service subscribers also get free music streaming, unlimited photo storage and free fast delivery of items purchased at Amazon.