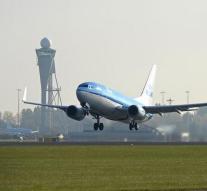 brussels - Even those temporarily working or studying abroad, reaping benefits of new rules for calling abroad. Only after four months may be inflated their costs.

The telecom industry feared that this would lead to a run on SIM cards from low-cost countries and called for restrictions. Which comes in the form of policy for 'fair use', the European Commission announced Thursday.

The premise is that a telecom subscription is concluded in the home country of the customer. Only when consumption abroad for four months consecutively higher than in their own country, the telecom provider may intervene.

He must then contact the customer, who receives at least two weeks to come up with an explanation. People who work temporarily abroad or studying, having in principle to take out a separate telephone subscription.

Warnings from the telecom industry that 'gift' would have pushed up prices are ignored by politicians. Those expected to cost easy. The average number of days that a customer is in another European country, is in fact only eleven days.