Home / World / Also Intel and Under Armor from Board Trump 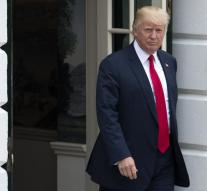 washington - Topman of chip manufacturer Intel, Brian Krzanich, also resigned from the industry council of President Donald Trump. That made Krzanich known via a blog Monday evening. Previously, the armors of sportswear manufacturer Under Armor and Merck Pharmacy Group also joined the American Manufacturing Council as the board officially called.

Topman Ken Frazier of Pharmacy Merck believes that Trump has not clearly expressed the right to extrajudicial violence in response to the events in Charlottesville. He believes it is the task of political leaders to take a clear line of expressions of hatred and fanatism contrary to the American equality idea.

In Trump's Industrial Advisory Council are the chairmen of several dozens of large American companies.