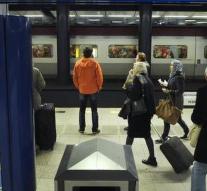 brussels - In Belgium, too, indignantly responded to cameras in advertising columns that keep an eye on the passing audience. State Secretary Philippe De Backer (Privacy) finds the 'Big Brother' practices absolutely unacceptable. He claims that people are spying without their permission being illegal and investigating the matter by the Private Affairs Commission.

Earlier this week, it appeared that on NS platforms cameras were processed in advertising pockets. They would only count people and keep track of how long they look. Also in shopping centers are such advertising columns. The Personal Data Authority will look into what exactly is stored.