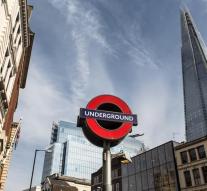 london - Londoners can after years of delay finally overnight taking the metro. On Fridays and Saturdays driving two lines (Central and Victoria) through the night, to the satisfaction of going public and shift workers. The lines Jubilee, Northern and Piccadilly follow in the autumn.

The subway in the capital went so far till 01. 00 pm, so people were designated to 05. 30 pm on taxis. According to the mayor's economy overnight metro should boost the equivalent of 89 million euros, British pounds that end up including in nightclubs.

The plans for the night underground were still suspended due to disagreement over the terms of the metro staff. A hundred police officers are deployed to ensure security.