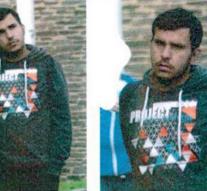 - The Syrian terrorist Jaber al-Bakr, who last weekend was arrested because he wanted to commit a terrorist attack, committed suicide in his cell in the prison of Leipzig. This has been told the German news agency DPA Wednesday.

According to Bild, the 22-year-old refugee would have hanged in prison. Al-Bakr went on hunger strike earlier this week.

In German media surfaced this week revealing photographs of al-Bakr showing how he tied with an extension cord on a couch in an apartment in Leipzig.

Al-Bakr was last weekend escape in a raid in Chemnitz. He was eventually after a raid on the night of Sunday to Monday arrested in Leipzig.