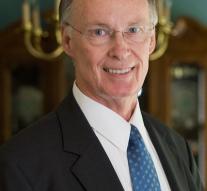 montgomery - Syrian refugees are no longer welcome in the US state of Alabama. Governor Robert Bentley has announced, according to US media because of the attacks in Paris no Syrians want to catch more.

Bentley said in a statement not to want to be complicit in a policy that can bring people in his state at risk. He therefore intends to oppose attempts to accommodate refugees from Syria in Alabama.

The state also performs the security at major events, though, according to the governor no serious indications that terrorists are planning to carry out an attack. According to CBS News, currently there 're no refugees from Syria in Alabama.