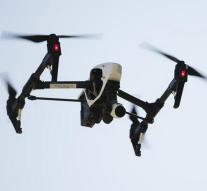 kunar - In an air strike by a drone of US military forces in Afghanistan's Kunar place three leaders of al Qaeda killed.

The Pentagon late in a statement that the death of the three is a hard blow for al-Qaeda. One of the killed members of al Qaeda, al-Faruq Qatani would have planned several attacks in the US.

It is not the first time that terrorists in the Middle East are bombarded by drones from the Americans. Terror group Islamic State in fear of the ruthless US drones even covered streets. The terror army recently published the names and addresses of US military personnel who would be involved with the drone program, the call to murder them.

The targeted 'liquidation policy' of President Barack Obama is leading at home and abroad to legal and human rights concerns. So get to the action also civilians. The US anti-terror specialist Micah Zenko estimated earlier this year that were killed in US drone attacks four thousand people in recent years in Yemen, Somalia and Pakistan.