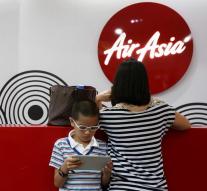 sydney - The Airbus A330 departed at 11.55 am from Sydney and it was intended to land 6611 kilometers away in Kuala Lumpur, capital of Malaysia. The crew also found itself the flight went quickly after landing could be used after an hour. On the floor was found to be Melbourne.

From Sydney to Kuala Lumpur, it is about nine hours. The 722 kilometers between the two Australian cities is by comparison a snap. Research showed that the crew of the AirAsiatoestel just about everything had gone wrong. The weather was rubbish with heavy downpour and the pilot claimed inadvertently the wrong coordinates to the navigation system. Also warning signals from the computer are ignored.

AisAsia is a Malaysian airline.