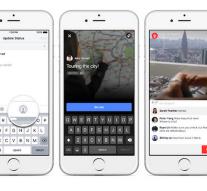 - Facebook looks or artificial intelligence (AI) can help keep live streams monitored. Such an algorithm must ' nudity, violence and other things that do not fit '' detection. Joaquin Candela, director of machine learning at Facebook, said that Thursday.

Facebook uses the system all against extremism uploaded videos, but test it also streams from Facebook Live. There are major challenges, says Candela: ' First, the algorithm should be fast. Second, you need to set the right priorities so that a person sees it and can remove. ''

Facebook is under fire lately. On the one hand, historical photos were removed, such as the famous napalm girl from the Vietnam war, which would be naked. On the other hand, Facebook has done too little against fake news during the campaign for the US presidential election.

According to the AI ​​Director of Facebook, Yann LeCun, it is always difficult to find the balance between filtering and censorship, between freedom of expression and decency. ' The questions go deeper than the artificial intelligence that we can develop, '' says LeCun.