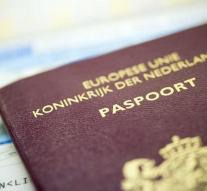 brussels - It easier for EU countries to certain weather situations to introduce a visa requirement for countries that are exempt. Member States and the European Parliament have reached an agreement on the tightening of the rules.

The measure is a condition that had brought the EU countries to give final green light for visa-free regime for Ukrainians and Georgians. It is expected that now is over quickly.

The visa can be for a period of nine months to be reinstated as abuse of the exemption. That could have been a substantial number of people in a country without a visa for longer than the permitted three-month stay in the EU, or as many of them mistakenly apply for asylum.