Home / World / Agents shot in US 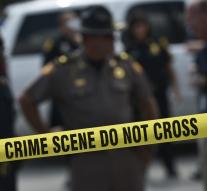 - At least three officers were Saturday (local time) shot in the US Palm Springs (California). According to television station KESQ TV are deceased, two of the policemen shot.

Witnesses said to have heard ten to twenty shots. ' The first sounded like fireworks, '' said a local resident at the local newspaper The Desert Sun. ' When I left my house and I saw the police road began to drop. ''

The perpetrator was possibly a confused man. According to a local resident asked the father of the alleged gunman shortly before the shooting for help. His son had a gun and was going to shoot cops.

Dozens of police were still looking for the shooter. Police have called on residents to stay indoors.