Home / World / Agents do not intend to act as treasury fillers 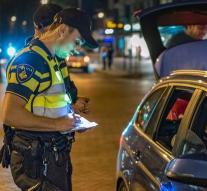 - A large parliamentary majority is furious about the government's plans for the police to collect more fines, so that gaps can be plugged into the justice budget. The MPs want an end to the system that this practice works in hand. Also from the police sounds protest.

Politicians say that there is now a \'perverse incentive\' for the ministry to hand out as many prints. It is not about safety on the road, but for the money.

Jan Struijs, president of the Dutch Police Union (NPB), says that agents do not intend as treasury fillers' action. He predicts that the population will react angrily towards the cops. \'With these kinds of announcements, the government undermines the authority of the police. \'