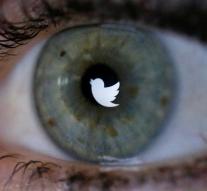 - Twitter is again thin out the workforce. According to Bloomberg Announces social media later this week a plan to reduce jobs by 8 percent, or about 300 jobs.

The mass resignation would be announced before the publication of the quarterly figures next Thursday. The percentage is according to Bloomberg, which relies on sources within the company, not fixed yet. A spokesman for Twitter declined to comment on the rumors.

A year ago had a similar percentage of staff all leave, then stood still for 336 employees.